Envisaging and innovating the future Church

Wellington Pastor Anthony Walton views writing books, including his latest, Future Church: Church by Design, as a leadership tool for producing vision, “casting a direction the church needs to head down”.

Mr Walton has authored eight books and with the newest wishes to “cast a vision of all that the future Church could look like”. In the foreword, he explains that the message of Future Church is central to his life.

“Being brought up in a family business, I’ve always been surrounded by invention, innovation and marketing talk”, he says. “My father was an inventor involved in developing numbers of products, then introducing them into the marketplace.

The focus of many of my messages have related to equipping people for the marketplace. My favorite character of Scripture being King Solomon building a society that is a snapshot of the marketplace that Church can become and more.”

Citing the YMCA as a central catalyst for “one of largest real revivals” America has ever experienced, he says this is another great inspiration.

In Future Church Mr Walton believes the future Church must preserve the message, concepts and truth of what the Bible teaches about the Church, “while stimulating progressive thinking as to what that may look like in the 21st century.

“People must find their own DNA”, he says. What he means is that each member of the Church is uniquely designed to fit into a “signature” style. “The future will have a proliferation of church personalities, styles and structures,” he says.

The author says this is already happening with churches meeting in homes, coffee shops, warehouses, fast-food restaurants, industrial complexes, parks and other unconventional places. “In the future there could be as many kinds of churches as there are fish in the sea, each reproducing after their own kind.” 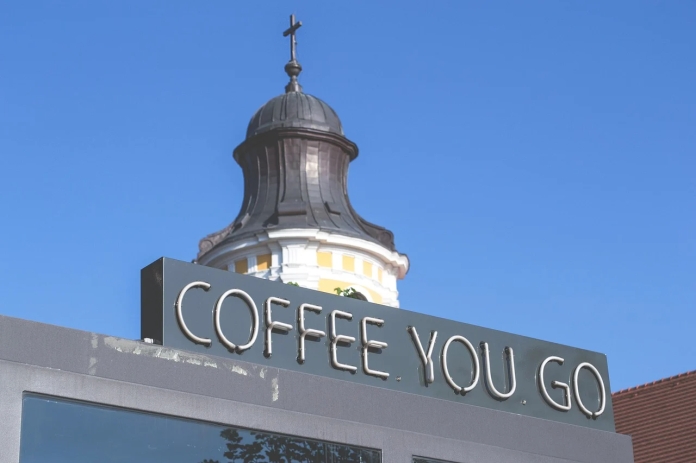 He writes in the foreword: “This book is about ‘preserving the core, while stimulating progress’: an idea propagated by Collins and Porras in their book Built to Last, about what builds long lasting, visionary companies. In their introduction they say ‘the only reliable source of stability is a strong inner core and the willingness to change and adapt everything except that core’.”

In the book’s prelude, television producer Rob Harley gave the conceptual and motivational book “two thumbs up”, saying that Mr Walton “makes a highly intelligent case for how things should grow and change”.

Itinerant Bible Teacher Marcus Arden adds to the praise: “I recommend this book to people in ministries who are willing to re-think how they do things. Thousands feel misunderstood and have experienced great unkindness. They expect the church to be indifferent and out of touch. Anthony’s approach seeks to turn this around.” Future Church will be published in the USA and will be translated into German and distributed throughout other European countries, as well as being available in New Zealand.

Mr Walton has a number of hats, including: founder and pastor of The Rock Church and the Body and Soul National Care Network, guest speaker, partner of the Wellington Television Network, as well as having a strong interest in developing concepts for good government, in which he is linked to the United Future Party.

He previously wrote Think Outside The Box, which was the inspiration for a weekly television programme on regional community channel, Wellington Television.

This site uses Akismet to reduce spam. Learn how your comment data is processed.