2003. A “rookie” pastor found that churches were not co-operating as strongly as ideal, and he desired a greater unity. It was not enough to motivate Stefan Schlogl, Pastor of Victory Christian Centre, to action but when God spoke to him about initiating fellowship between ministers in the Hutt Valley, he immediately sent letters to some of them sharing his vision.

What eventuated was Partners in Ministry, a ministry serving, encouraging, and fostering unity with pastors. It arose out of the Pentecostal and Charismatic streams of the Church, as this was the style of expression the founders of Partners in Ministry moved in.

Ministers have been meeting together since the early 1990s and subsequently formed arranged meetings for prayer and encouragement and holding combined church services to pray for the city and worship God.

A document signed by Pastor Seth Fawcet in 1998 mentions that Partners in Ministry recognize they are “moving into a post-denominational era” with some of the challenges this will bring. Four ministers relayed their experience in coming together with leaders from different denominational persuasions. 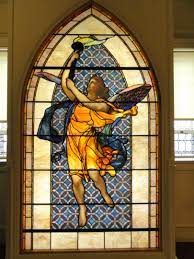 Pastor Jim Mclean of Maungaraki Baptist agrees that churches are moving into a post-denominational era.

“For me I must look beyond the denomination which the local church is associated. My vision must expand and become Kingdom focussed.

“Meeting on a regular basis with pastors from other denominations expands my understanding of what God is doing in His Church.

Over the years I have been meeting with the group, my relationship and trust has developed.”

“The local church is still the hope of the world but the need to work together is vital in a city like the Hutt.” He believes Lower Hutt is a self-contained geographical area and therefore competition is not helpful. “If someone prefers another style of worship to ours, I am happy to recommend another church, and I know this works the other way as well.”

People, he says, need to have the opportunity of deciding where the entry points to faith will be for them and the more the various churches can provide the better it will be.

Parish Priest of Ss Peter & Paul Catholic Church Father James Lyons says he is sure many ministers are happy working together, co-operating and sharing resources. “Where there is a love for the Gospel and a love for Jesus who proclaims it there is usually a willing accommodation.

This easy relationship has not just developed, and it is not the result of the work of Partners in Ministry or Alpha – although these initiatives have built on existing ties and affirmed them.

I have always found an eager willingness to be involved with one another and have never felt out of place in the setting of a Christian tradition different to my own.”

Mr Schlogl says the challenge is to move beyond only having combined meetings and look at how church leaders and members can tackle issues together like evangelizing the whole city. He believes churches need to move from a relational unity to a functional unity and work together in projects to serve the community.

There is a certain level of movement of Christians within churches, explains Mr Schlogl: “I’m not saying it is a terrible thing, but it has been in the past when people have caused problems in one church and go to another only to repeat the problem again.

“These days if there is any movement often ministers ring each other and get together on that issue and try and work it through, ironing out any foreseeable problems. We do away with mistrust in terms of ‘sheep stealing’ – we don’t consider that an issue anymore.

One venture, which is supported by the local churches, is the annual Saints and Angels party – a Christian alternative to Halloween – run by and held at Knox Presbyterian Church where 1300 attended last year alone.

Mr Schlogl acknowledges that historical churches and the new Pentecostal and Charismatic ones have several differences, which makes the cause a challenge. Although there are preferences when it comes to worship style and ways of praying and doing church, he says Partners in Ministry is asking God for specific direction about how they can work together and build on something everyone can buy into to impact the city.

Peter Veugelaers played cricket at one stage for reps and first eleven and was very well regarded as a performer, his best bowling figures were taking six wickets for four runs. In 1989, he took up a writing course and asked what he would do with writing. He said he wanted to help people as best he could. In 1990, he made the life changing decision to follow his instincts to do Christian work because of his newfound faith in Christ. In 1996 he started writing for Giveway magazine as a Christian film reviewer. In 2000, he started to write for the faith-based Challenge Weekly as an article writer while finding more outlets for film reviewing and articles. In 2017, he unofficially retired from writing for publishers in those forms and went blogging. He writes poetry, fiction, aims to publish new articles about various things or post them on his blog, pens devotions, reads every day, and watches cricket when he can. He has recently published a blog that will review films again. View all posts by peteswriting

This site uses Akismet to reduce spam. Learn how your comment data is processed.